Why It's Called
Panther Chameleon

Where the Panther Chameleon Got It's Scientific Name

Have you ever wondered how the panther chameleon got it's scientific name, which  is Furcifer Pardalis? Well, that's a good question and we would like to answer it for you here.

Georges Cuvier was the person who first discovered the Ambilobe panther chameleon in the 19th century. Cuvier was an honorable naturalist who loved environmental and animal conservation.

The panther chameleon’s first name is obtained from the Latin name “furcifer,” which means “forked” Latin root furci. The reptile’s feet are composed of five toes that are fused in two sets. One set has three toes, while the other has two toes. Essentially, it gives the panther’s feet a tong-shape, such that the group of three is outside and the group of two inside. The panther chameleon’s fused toes have sharp claws that provide firm support to the animal and make it an incredible arboreal. Hence, the name, "Furcifer".

In scientific naming of animal species, the first part of the name is its generic name, and the second part is its specific name. This partly contributes to the animal’s name, considering that its specific name “Pardalis” means “spotted like a panther.” The chameleon is given that name because of peculiar markings on its body which looks uniquely resembles the stripes of a leopard. Hence, we have the 2nd name as, Pardalis".

Additionally, panther chameleons thrive well, and many originate, in the tropical rainforest in Ambilobe, a province in Madagascar. Its unique markings resemble leopard stripes, and because leopards are referred to as panthers in Africa, the reptile’s name automatically became the Panther chameleon.
Below is a 4 month old panther chameleon bred from. Notice the markings starting to show here.
If you'd like to see other baby panther chameleons that have been for sale, you may go here . 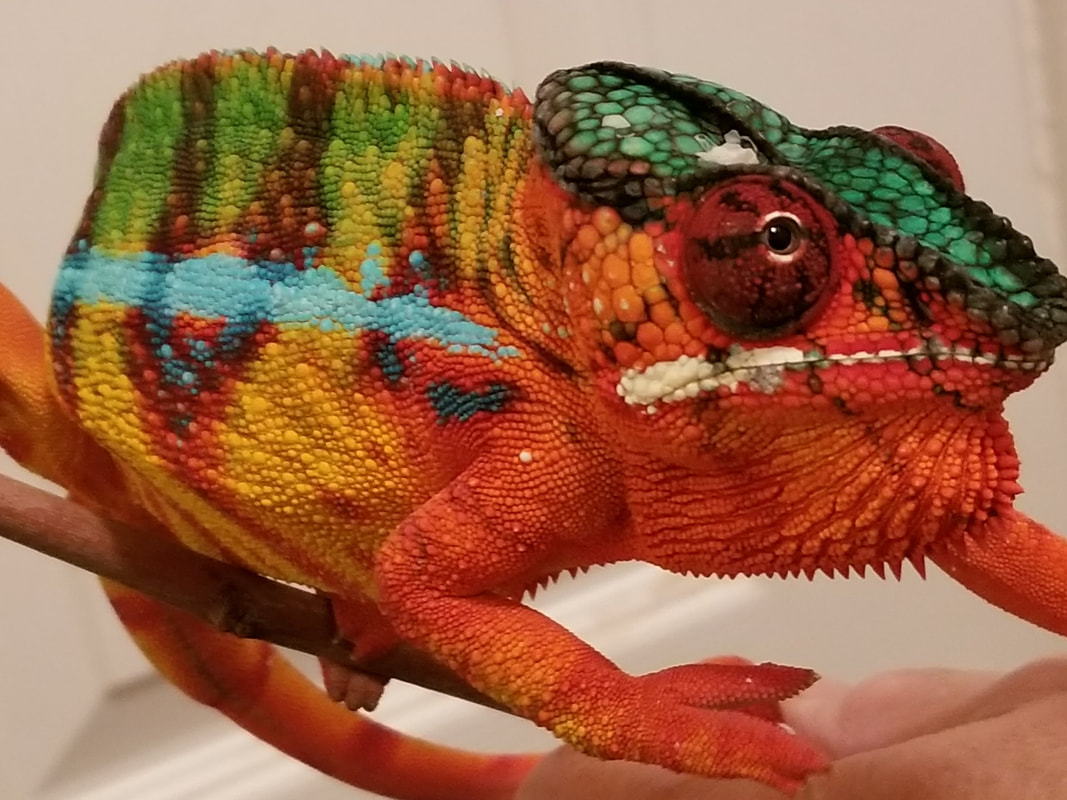